Delicious gluten free vegan chocolate cake with a rich chocolatey sponge. These mini cakes are easy to make and perfect for sharing.

Gluten Free Vegan Chocolate Cake sounds a bit tricky. Indeed, there’s something about the idea of a ‘vegan cake’ generally which seems a little baffling to a non-vegan like myself… and that is the absence of egg. When I first learnt to bake as a child, egg was a fundamental component in cake, so I have always been intrigued by the idea of cake that is egg-free. Can an egg-free cake really be made to be as good as traditional ‘egg-infused’ sponge made by traditional baking methods?

Why make egg free or vegan cake at all?

Dairy free baking is really straight forward these days. Mostly, you can straight sub butter and dairy-based spreads, milks and yoghurts for dairy-free ‘copies’ with little or no impact on the resulting bake. And there are so many other fat alternatives too (such as coconut oil), which with a little knowledge can be used instead. I can happily offer many bakes on Gluten Free Alchemist as optional dairy free without any additional tweaking.

But if you are either egg-intolerant, egg-allergic or vegan… AND you want cake, egg-free is a very particular requirement. And let’s face it… who doesn’t want cake? Search and you will find some amazing egg-free cake bakers out there in cyberspace. As with Gluten Free Alchemist, the best of them have honed their free-from skills because they have to, for health or specific diet reasons. Some of my favourites are :

A word of warning though… When you start to add gluten free into the mix alongside dairy and egg free recipes, baking becomes a lot trickier. I would always hesitate to use any recipe that states a straight sub of gluten free flour for wheat flour in a vegan cake… Unless I am reassured by the writer that it has been successfully tried. In my experience, it rarely works, so I tend to avoid the possible disappointment of a dry/stodgy/crumbly/overly-dense result.

If you don’t have to make cake without egg, then choosing to make one will likely be the result of a very conscious decision or the need to make cake for a specific egg-free occasion.

Enter my (newly designated vegan) niece-in-law… When I developed this particular cake recipe and made it for the first time, it was because she came to visit. I didn’t want to give her fruit for dessert (in my Coeliac world ‘fruit is NOT a pudding’). Instead, I turned to Mr GF and said… ‘No! This is a cake house and we will have vegan cake on the table when she comes to tea’. Specifically… gluten free vegan chocolate cake.

Replacing the egg for this Particular Gluten Free cake…

Whilst I am confident that I know what to do in substituting for dairy milks, yoghurts and fats, replacing egg is less familiar. I didn’t want to use a commercial ‘egg replacer’ or an obvious specific egg-substitute (they vary considerably and I have not always been happy with the results). So I challenged myself to bake a cake with a soft sponge that did not compromise quality and that even the most hardened egg-eating cake addict would love.

A bit of basic research on vegan baking later (actually there is nothing particularly ‘clever’ about it at all) and my very own gluten free vegan chocolate cake was born… There is no flax, chia, or any packet ‘egg free egg’ in this mix. I have relied entirely on some ground almonds, oils and yoghurt for structure (which I would often use in gluten free baking) and a careful balance of all other ingredients contained within.

I am not sure the bake would necessarily hold up to the weight of a large layer cake, but for these little bites, the crumb is just perfect. It is not too crumbly and held up well to slicing and filling without falling apart.

Who can eat this chocolate cake?

The great thing about vegan recipes is that they naturally fall into the category of both egg and dairy free. This makes them perfect for those who have to avoid either or both of these categories for other health or allergy reasons.

Although not nut-free, this vegan chocolate cake has been made and tested with my own gluten free flour blend. That means I can also be sure it is suitable for Coeliacs, as well as those allergic to wheat and gluten, or intolerant for non-coeliac reasons. So whether you are intolerant or allergic to any or all of these ingredients… rest assured that you too can have your chocolate cake and eat it!

For an added guilt-free bonus, I have made these cakes as healthy as possible by also using unrefined coconut sugar as well as coconut oil and coconut milk. The almonds not only add structure but goodness too.

My vegan niece was really chuffed that I had made a special effort for her. But actually, everybody else (including the most sceptical around the table) also really enjoyed them too. In fact, they were so good, that they have made several appearances in my kitchen since…

This gluten free vegan cake has a sponge which is deliciously chocolatey with a good punch of cocoa… Although the crumb is quite tight, it is by no means over-firm or over-dense, with a texture that remains soft and perfectly cakey. Sandwiched with a contrastingly fruity red cherry conserve and topped with whipped coconut cream, these mini sandwich cakes are as decadent as they are tempting… Beautifully flavoured and sumptuously pretty.

Topped with a few blueberries, a sprinkle of dark vegan chocolate and a little glitter, they are sure to put a smile on the face of all who are lucky enough to eat them.

Another great idea for Valentines? I think so! As always… let me know if you make them! I love seeing my readers amazing pictures and hearing their baking stories. Contact me by leaving a comment, via email or through social media xx

To Make the Cakes

* Note: nutritional information is an estimate & may vary according to portion size/ingredient variants. The flour blend used (Gluten Free Alchemist Mix A) can be found on the Flours and Flour Blending page on the website.

Gluten free AND Vegan (or thinking of heading that way?) – check out my post on Gluten Free Vegan – Surviving Veganuary and Beyond. And for lots more recipe inspiration, we now have an amazing photo Recipe Index!

Previously Shared (2016) with : #FoodYearLinkUp with Charlotte’s Lively Kitchen; We Should Cocoa with Tin & Thyme; Tasty Tuesdays with Honest Mum; Free From Fridays with Free From Farmhouse

Are Creme Eggs your thing? I’m definitely a min

Who fancies making a super-easy no bake Creme Egg 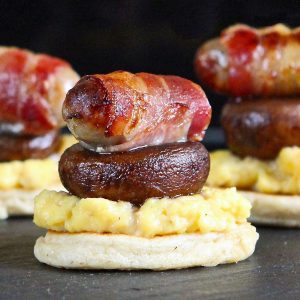