But for children’s parties they are a must. Especially when they can be decorated well enough to compete with the prettiest of party dresses!

They are the simplest of treats to knock together, yet I have not made them for a party yet where the children’s eyes did not widen in excitement when they saw them. You want happy little party guests? These are the thing to make them smile……. And I bet you, they will be wolfed down quicker than the cakes and biscuits you have so lovingly and time-consumingly prepared.

There is something about adding chocolate to marshmallow which makes it totally and utterly irresistible. Although it is an additional sweetness, it is a creamy cocoa sweetness which somehow tempers the sugar-shock of the marshmallow on the tongue. Coating mallows with a little chocolate decadence results in a sublime melt in the mouth experience which marries the richness of the chocolate with the pillowy, candy softness of the mallow.

The decoration is just for fun………. and anything goes! Sweets, sprinkles, glitter sugar, nuts…….. just let your imagination run.

I have been making the small version of these treats for years……….. They are (possibly) the southern version of Stuart at Cakeyboi’s ‘Top Hats‘. But this year I discovered giant marshmallows in Dobbies garden centre……………. Not sure whether that was good or not…… we are already several bags down and we are not quite through the summer yet.

Imported from the States (where else would they have thought to make marshmallows this big?), you can also find them in some of the larger supermarkets. I assume that they are made for skewering and gently frazzling over the barbecue………….. And yes, we have tried this too……….. a ‘to die for’, crisp on the outside but very melty, sticky, caramelly on the inside, stomach full of sugar experience (yet there is always room for ‘another’).

They also make fantastic marshmallow lolly pops! These ones were decorated for my daughter’s birthday party using white chocolate, painted into patterns as the perfect sticky coating for a multitude of sprinkles. Some of the kids even asked for the extras to be cling-wrapped and popped into their party bags (brilliant………now why didn’t I think of that???).

I love my Marshmallow Party Bites so much, that I am sending them over to a handful of August challenges :

Treat Petite hosted by Cakeyboi himself (along with Kat from The Baking Explorer). This month’s theme is a party-handy ‘No Bake’…….

The Biscuit Barrel with Laura over at I’d Much Rather Bake Than….. who’s theme is an equally applicable ‘No Bake’…….

These mallow treats require pretty much nothing other than melting a bit of chocolate, making a lot of mess and of course, trying (hopelessly) to avoid eating the freshly dipped, warm melty chocolatey marshmallows before they get anywhere near the kids!

We Should Cocoa, this month being hosted by Rebecca at BakeNQuilt on behalf of Choclette at the Chocolate Log Blog. Rebecca has challenged us to use chocolate with marshmallow. That’s about all these Bites are……….. They may be simple, but they are no less moreish or tempting for that!

And finally Alphabakes – being hosted (mid-move) by Caroline Makes (with Ros, The More Than Occasional Baker). August’s letter is ‘P’. Did someone say Party? Yay!

Ingredients (make sure all ingredients are gluten free if intolerant)

Marshmallows – lots – either standard or giant size (you could make them, but I am too lazy!)
Chocolate – milk, white or dark (amounts vary dependent on number of marshmallows)
Sweets and sprinkles of your choice
May need : lolly sticks, a ‘cooking use only’ paint brush, baking paper and tray. 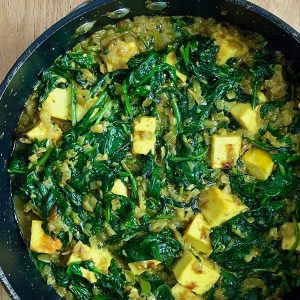