I have been eating Homity Pies for about 25 years! I first had them when I was a student………….. bought from a delightful little bakery round the corner from my practice placement. It was at a time when I didn’t eat meat and I loved that this was a vegetarian fresh-baked pie that I could eat on the go at lunch, which was really tasty, quite unusual and sort of cemented the fact that I could present as a bit ‘trendy’ (which most of the time I wasn’t).

I also loved that the recipe came from Cranks which at the time, was well-known in vegetarian circles to be hip, healthy and alternative. It was vegetarian food taken to a new level, but with a social conscience! Well……..  studying social work, the cultural experience sort of came as expected!

In search of the ability to make this perfection of vegetarian pies, I rushed out and bought The Cranks Recipe Book (1982) and there on page 141 I found them. I have been making them ever since, with a few variations of ingredients along the way and now in gluten free form.

One of the things I really like about Homity is the simplicity of the ingredients, yet they are packed with flavour. The filling to the crisp pastry base is essentially potato, onion, garlic and cheese. The original recipe uses boiled or steamed potatoes, but I have always used left over baked potatoes (or baked them especially), because I think they taste better and you retain the goodness and texture of the potato skins. In the past, I have made them with sweet potato as well, which adds a sweeter, alternative dimension and a delightful orange hue to the pies.

I have also sometimes varied the ratios of the vegetables going in, added other options such as broccoli or leek to the bake, changed the cheese used for the topping, spiced up with a bit of chilli, varied the herbs and even ‘meatified’ with cooked sausage or chopped-up bacon. The possibilities and variations are endless. Just let your imagination run…………

The recipe that I have given below is fairly close to the original, but for dietary reasons I have used a crisp gluten free almond-pastry base, which works beautifully with the wholesomeness of the filling.

Eaten warm, the filling is soft with the potato and tangy with the sweetness of caramelised onion and garlic, offset by the slight sharpness of the cheddar cheese (I always use at least mature, if not extra mature for depth and strength of flavour). The parsley adds an iron-richness and the almond pastry provides a wonderful nutty, background bite.

They are equally as delicious cold………… Eat them in packed lunches or on picnics for the perfect alternative to sandwiches and sausage rolls. Much tastier and heaps better for you!

I have belatedly decided to offer Homity Pies as my entry for this month’s Four Seasons Food Challenge. I wouldn’t generally ‘back-date’ for a blog challenge, but these pies are so amazingly delicious, that I wanted to put them back on the map………….

Hosted by Anneli at Delicieux (and Lou from Eat Your Veg) the theme for April is ‘Celebrate Vegetables’. Homities are a fantastic cheesy base for any number of vegetable combinations, providing there is a bit of ‘root’ going on in there. And the onions in mine come straight from my garden. I can certainly celebrate the fact that my last year’s home-grown veg is still feeding us even in April! 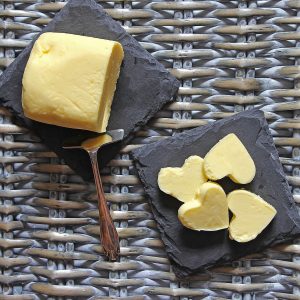