Homemade Houmous is amazing… This simple recipe will show you how to make a classic-spiced dip in just 5 to 10 minutes in a blender. Gluten free; Dairy free; Vegan.

If you love houmous but have never made it at home, then it’s time to ask the question ‘why’? Homemade Houmous is a taste revelation. Perhaps a little ‘earthier’ and with more ‘body’ than the shop-bought stuff, it is packed full of the flavours of North Africa… Each spice and element shining in its own right. And it will save you a small fortune if you are a serious houmous-lover.

It is also incredibly simple to make… Once you have your key ingredients, it is literally a 5 to 10 minute blender job.

Houmous is a wonderful savoury dip that is fundamentally made from mashed or blended chickpeas, combined with creamy tahini (sesame paste), a little garlic, oil, lemon and spices.

Its actual origins remain unclear… However, there is historical evidence that indicates Hummus dates back to at least 13th Century Egypt. And on that basis, it is entirely probable that its roots lie in North Africa.

But is it homemade houmous or ‘hummus’? Like so many foods, there seem to be multiple spellings dependent on where you are in the world and where you are buying from. I’ve even seen it spelled ‘humus’, ‘houmus’ and ‘hommus’.

In the UK, the spelling ‘houmous’ seems to be the norm for most, if not all supermarket products. And since that’s what I grew up with, that’s what I have called this particular recipe. But is it right?

It seems I am not the only one confused… Back in 2017, after a taste crisis resulting in the temporary withdrawal of houmous from supermarket shelves, it appears the whole social media nation was debating it.

An article in the Mail on-line outlines the nub of the argument, concluding that in fact, ‘houmous’ may be wrong! At least that is, based on the origins of this much-loved dip… It would appear that ‘hummus’ is closer to the Arabic translation – ‘hummus bi tahini’… meaning ‘chickpeas with tahini.

Nonetheless, ‘houmous’ remains an approved spelling in the English dictionary… So, I guess technically, it really doesn’t matter!

Houmous is an amazingly healthy food. Not only is it a fantastic source of good unsaturated fats, but it is also low-carb and high protein. And that makes it a perfect food for everyone, but especially vegetarians and those following a Vegan diet.

Houmous is a good source of B vitamins and also the minerals magnesium, calcium, zinc and iron… And it counts towards your ‘5 a day’.

Being a dip, homemade houmous is perfect served in a bowl with breadsticks, crackers, toasted pitta bread, tortilla chips or fresh-cut, raw sticks of vegetables (carrot, cucumber, pepper and celery). But it is equally delicious as a spread too… Smear thickly on homemade toast or use for Toast Bruschetta Appetizers for the yummiest experience.

Alternatively, it makes the perfect base for a falafel wrap in Soft Roti Flatbreads, or used to moisten baked fish as a houmous crust with breadcrumbs.

However, you eat it, homemade houmous is always a pleasure.

The versatility of Homemade Houmous

One of the best things about homemade houmous is its flavour versatility. The recipe given here is simple and classic… spiced with a little paprika and cumin and mixed with a hint of walnut oil for a nutty backdrop. But this is just a base for creativity in the extreme.

A favourite variation at GFHQ is Hummus with Caramelised Onion and Turmeric. It’s packed full of flavour with the sweetness of the onion mingling in perfect harmony with the earthiness of the spice.

But there are so many options… You can add anything from different spices or lemon and herbs, to bell peppers, chilli, carrot or sundried tomato. You can even go green with a richly-coloured and iron-fuelled Spinach and Parsley Houmous… Or pink with a pretty Roasted Beetroot Hummus. I’ve even seen recipes for Strawberry Hummus on the web. Just let your imagination run wild…

Do I need any special equipment for Homemade Houmous?

The only important equipment required for homemade houmous is a powerful blender or food processor… If you like your houmous smooth that is. There are many out there on the market, but finding one that suits your needs is definitely worth the investment.

I recently bought a Vitamix Ascent blender after several months of research. So far, I’m really happy with it. It wasn’t cheap, but it has ground and blended its way through a multitude of recipes perfectly… From Best Vegetable Soup and Healthy Homemade Nutella… to Chocolate Avocado Mousse and Energy Balls.

Alternative blenders that seem to be well-rated include the Froothie Evolve and the KitchenAid. I’ve also just been sent a smaller PROMiXX MiiXR X7 Smoothie Blender which I intend to test on the likes of houmous and nut butters as well… We’ll see!

Other recipes with Houmous/Hummus on Gluten Free Alchemist

If you make this recipe, let me know! Simply leave a comment, rate the recipe or tag me on social media (links at the top of the page). It will make my day xx 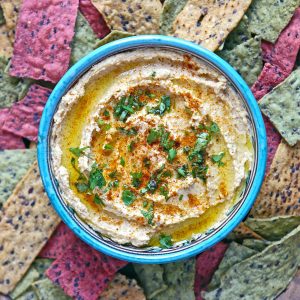 Previously shared with: Cook Blog Share with Hijacked by Twins; Cook Once Eat Twice with Searching for Spice; Free From Fridays with the Free From Farmhouse 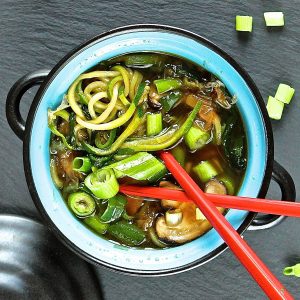 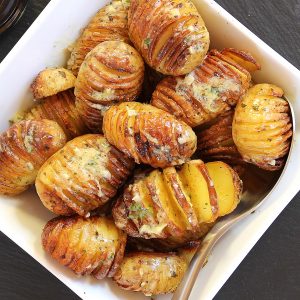 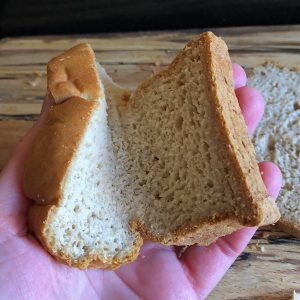 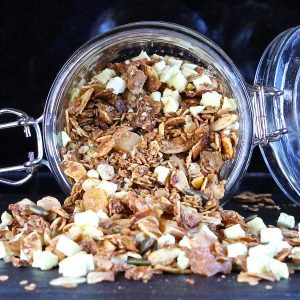