This month, the Random Recipe challenge (run by Dom at Belleau Kitchen)  has teamed up with Alphabakes (brought to us by Caroline at Caroline Makes and Ros at The More Than Occasional Baker). Having reached the end of the alphabet, Alphabakes is starting again at the letter A.

But for April, there is an extra twist………. the recipe based on ‘A’ must be completely random………. picked by chance from somewhere amongst the recipe books and folders on the shelf, with no cheating, adulterating or switching the recipe (except for reasons of specific dietary requirement, seasonal availability of ingredients, or monetary considerations). What fun!!!

I didn’t tell my husband what I was doing, but merely asked him to pick a random cook book from the shelf. What sort? he asked. cakes, puddings, savoury? What do you want to make? I said nothing about the challenge at all, but told him I didn’t mind what it contained as long as he picked it without too much thought……….

And so appeared on the table in front of me The Hairy Bikers Ride Again (Dave Myers & Si King) (2007). Interesting! Haven’t looked at that one in ages I thought……. My Husband looked at me quizzically, waiting to see what I was going to do next………… Opening the book to the index, I found the section beginning with A and gave my husband a pen with a pointy lid. ‘Now shut your eyes’ I said, giving him the pen, ‘and aim at ‘A”. He did of course get a full explanation at the end of the process………..

Originating in the Alsace Region of France, the Alsace Apple Pie is a delightful sweet tart, crammed with apples and creamy custard on a cinnamon shortcrust pastry base. As the recipe provided by the Hairy Bikers was for a normal, wheat-based pastry case, I substituted with a gluten free sweet cinnamon-spiced almond pastry (my own) which worked beautifully with the rest of the recipe. I confess that I also omitted the cloves as we had none in the house on account of them not being very popular, so figured it would be best to leave it that way.

The Hairy Bikers always strike me as pretty straight forward in their cooking style (if a little bit bonkers otherwise), and this recipe is no exception. It is really simple to make, yet delivers the perfect balance of sweet to tartness, with a good hit of cinnamon spice. I was amazed at just how easy the custard was. Literally mixing the ingredients together and pouring over the apple filling.

My only criticism is that it didn’t come out as pretty as I had hoped. If I make it again, I will increase the quantity of apple used and slice it differently, arrange it more attractively and probably use a deeper tart case to fit more in!

But looks aside, this is a pretty delicious flan…….. Crisp cinnamony pastry, tart toffee-coated apples and creamy vanillary custard. Accompanied by a dash of extra cream, a scoop of ice cream or a spoon of creme fraiche, it is hard to beat.

It also allowed me to use my new, very funky cake slice which I found in a wonderful shop called Pylones! It is full of amazingly colourful little trinkets and gadgets………. I think my little doggy slice so cute………..

Anyway………. thanks to The Hairy Bikers (and of course the random skill of my husband in choosing the recipe), I present to you the gluten free Alsace Apple Pie : 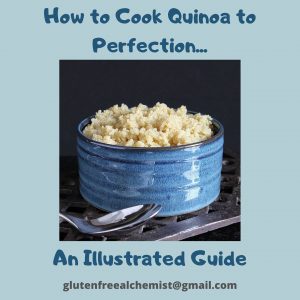 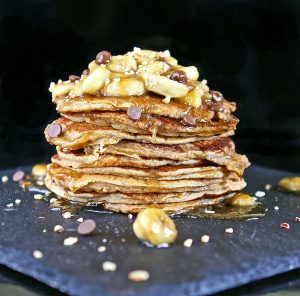 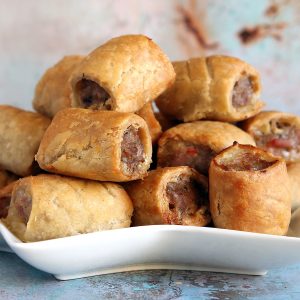 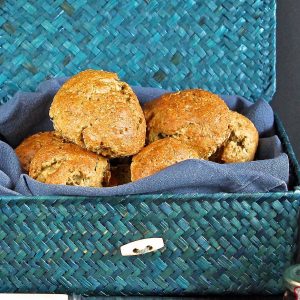